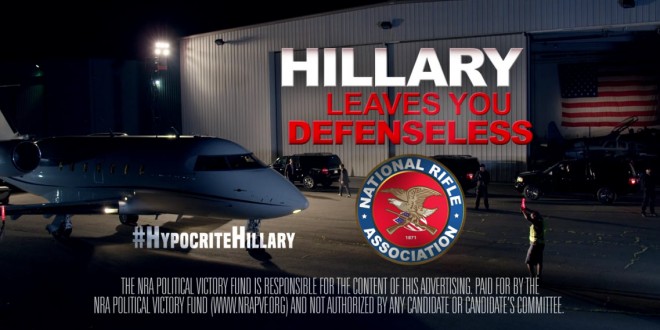 The timing isn’t at all coincidental. Via Politico:

The shotgun wedding between Donald Trump and the National Rifle Association has been rocky, but the gun rights group is standing by its man.

Just hours after Donald Trump sparked yet another controversy with remarks that seemed, to some, to encourage violence against Hillary Clinton, the NRA offered its biggest gift yet to the Republican nominee – a $3 million ad buy attacking Clinton as a hypocrite.

The spot – which calls Clinton “out of touch” for living under Secret Service protection while promoting gun restrictions – is the biggest single ad buy for Trump this cycle and it brings the NRA’s total spending this cycle to around $6 million.

No other major political group is spending money on the Republican nominee. Quite the contrary, the ad buy comes as Trump’s campaign struggles to stem defections as it watches some of the GOP’s most reliable supporters, donors, and elected officials abandon their nominee in response to Trump’s rhetoric and conduct on the campaign trail.