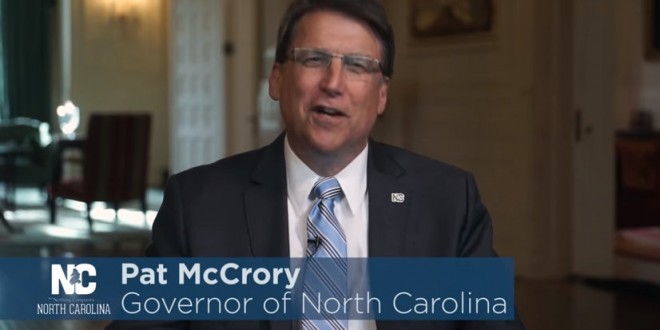 A federal judge expressed skepticism on Monday that North Carolina lawmakers were solving a legitimate safety problem when they passed a law in spring that bans many transgender people from restrooms in government facilities that match their gender identity.

US District Court Judge Thomas D. Schroeder also seemed flummoxed at one point by how the law could function in practical terms — it requires people to use single-sex restrooms associated with the sex on their birth certificate, thereby making transgender people enter facilities that conflict with their identity and appearance.

“We would have people dressed like males, who consider themselves male, walking into the ladies room,” he told a lawyer representing Gov. Pat McCrory. “How on earth is that supposed to work?” he asked.

Schroeder was considering a request to suspend the law while its underlying legal merits are considered at a trial. “I endeavor to make a decision as soon as I can,” he told the courtroom. “I know school is about to ramp up.”

In a hearing that stretched more than three hours, Schroeder also asked lawyers from both sides law how other state laws that prohibit indecent exposure, peeping, and trespassing could apply. And he asked whether the University of North Carolina should be named as a defendant at all.

A federal court today heard oral argument on a motion seeking an immediate halt to provisions of North Carolina’s House Bill 2, the law that, among other things, mandates discrimination against transgender people in single-sex facilities.

“All I want is to use the appropriate restroom, in peace, just like everyone else. It’s humiliating that this law separates me from my peers and treats me like a second-class citizen,” said Joaquín Carcaño, 28, a UNC-Chapel Hill employee and transgender man who is the lead plaintiff in the lawsuit.

“Each day, Joaquin, Payton, Hunter, and other transgender people in North Carolina are dealing with the humiliation of being singled out by this harmful law in school, at work, and in other public places because all they want to do is use public facilities safely,” said Tara Borelli, Senior Attorney with Lambda Legal. “We’re in court today because by requiring people to use restrooms that do not correspond to their gender identity, North Carolina not only endangers and discriminates against transgender people—it also violates federal law.”

Chris Brook of @ACLU_NC says this law “protects no one” and HB2 targets #lgbt community for discrimination. pic.twitter.com/mDPch00Zbu