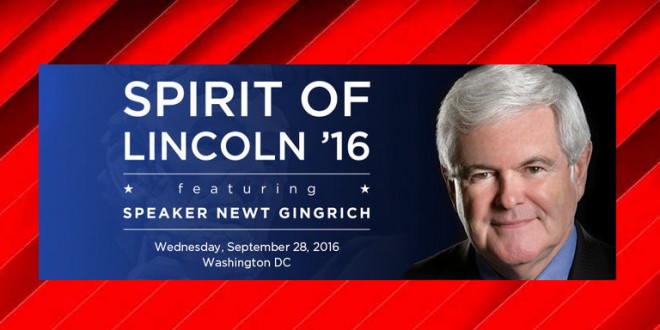 The Log Cabin Republicans this week announced that Newt Gingrich will headline their fundraiser next month in Washington DC. Gingrich, as most of you surely know, has long been a loud opponent of LGBT rights in virtually every category.

He pledged to reinstate DADT if elected president. He signed NOM’s hate pledge to support a constitutional amendment to ban same-sex marriage. He once funneled $125,000 to the American Family Association’s campaign to unseat three pro-gay marriage Iowa Supreme Court justices. He has called homosexuality a “lifestyle choice.” He once said this: “I think there is a gay and secular fascism in this country that wants to impose its will on the rest of us and is prepared to use violence.”

But none of that is important to the traitorous Log Cabin Republicans, who once again have effectively said “FUCK YOU” to all of LGBT America. Previous GOP Insider: Trump’s Only Path To Victory Is Catching Hillary On Video As She Drowns A Litter Of Puppies
Next POLLS: Hillary Is “Running The Table” In Swing States