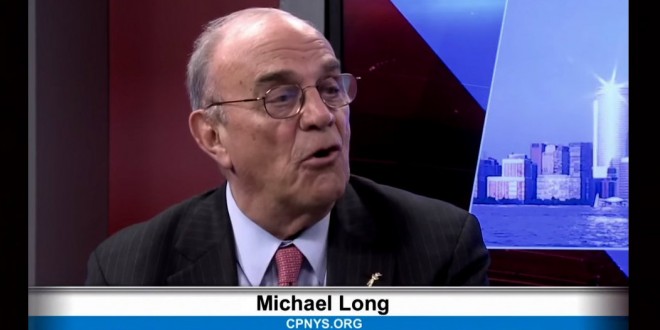 Back in 2009 New York Conservative Party chairman Michael Long stood beaming on the capitol’s steps in Albany as a large crowd of haters and the Red-Caped Catholic Loons waved signs and chanted “No gay marriage!” In 2011 the New York Times characterized Long as “the number one obstacle to gay marriage,” so great was his influence over the state Senate. Therefore it makes perfect sense that Long and his party are endorsing the self-described best friend the gay community ever had.

Besieged with declining poll numbers and Republican defections, Donald Trump will get some good news on Sept. 7 when the state Conservative Party is set to endorse the bombastic billionaire.

“I’m sure there may be some committeemen who will abstain or vote against him, but I believe he’s going to overwhelmingly get the Conservative Party support,” said state party chairman Michael Long.

“When you look at the alternative, while Donald sometimes is inartful in how he expresses himself or his point of view, clearly there is no comparison with Hillary Clinton when you give thought to the economy, his economic plan, or the appointment of Supreme Court justices.”

Long dodged a bit when asked if he is a strong Trump backer. He acknowledged he had his favorites during the Republican primary, but said that “Trump won the primary decisively and I believe it’s important he get elected.”

Long claims that Trump will attend the Conservative Party’s convention in person to accept his endorsement.

RELATED: Shortly after the approval of same-sex marriage in New York, Long joined NOM in vowing to help unseat pro-marriage state Senators. Brian Brown celebrated Long’s support, declaring that the state legislature was attempting to brainwash people into believing that God’s “design for marriage is bigotry.” God responded the following year by burning down Long’s house in what White Jesus told the press was a completely unrelated event.