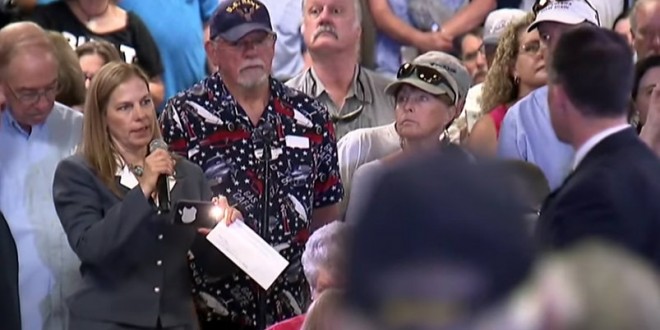 Taking questions from the audience at a rally in Carson City, Nev., the Indiana governor was asked how he could “tolerate” Trump disrespecting military families.

“Time and time again Trump has disrespected our nation’s armed forces and veterans and has disrespect for Mr. Khan and his family is just an example of that,” Catherine Byrne asked, as the crowd started loudly booing. “Will there ever be a point in time when you’re able to look Trump in the eye and tell him enough is enough? You have a son in the military. How do you tolerate his disrespect?”