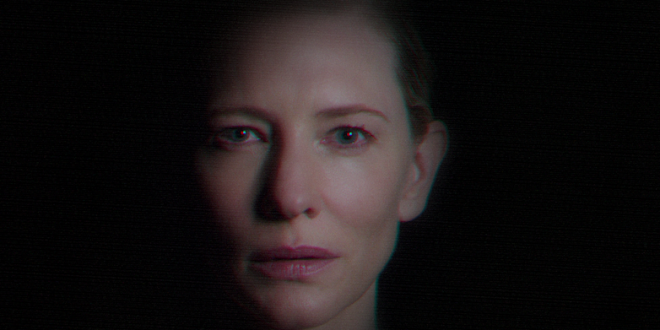 Cate Blanchett is front and center in the latest Massive Attack video for their single “The Spoils,” released Tuesday. The six-minute clip is an eerie visual that shows the Oscar-winning actress’ face in front of a black backdrop. Highlighting her features from all angles, she then undergoes a transformation and morphs until her face turns to stone. “The Spoils” is directed by John Hillcoat, the Australian director known for his films “Lawless,” “The Road” and most recently “Triple 9” starring Casey Affleck, Chiwetel Ejiofor and Kate Winslet. He’s previously also helmed music videos for Bob Dylan and Depeche Mode.

Massive Attack’s 1991 smash Unfinished Sympathy remains one of my favorite tracks of all time. “You’re the book that I have opened and now I’ve got to know much more…”