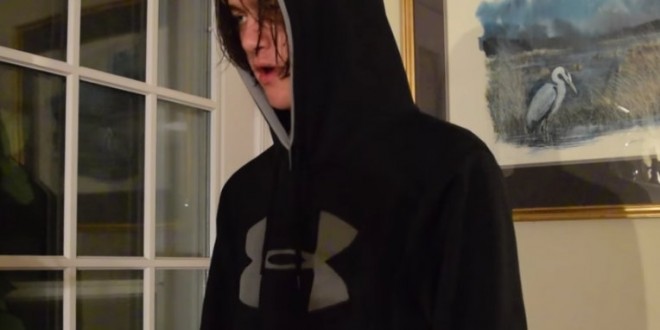 This will be upsetting to all those Trump supporters on Twitter calling for the NYPD to shoot him down. Via Mediaite:

One day before an unidentified climber took to Trump Tower in midtown Manhattan, a video appeared on YouTube posted by one Leven Thumps, announcing his intention to scale the skyscraper and his motives for doing so.

In the video entitled “Message to Mr. Trump (why I climbed your tower)” (ripped below), a hoodie-clad young man claims to be “an independent researcher seeking a private audience with you to discuss an important matter.”

He continues: “I guarantee you that it is in your interests to honor this request. Believe me. If my purpose was not significant, I would not risk my life pursuing it.”

He says that he climbed the tower to get Trump’s attention and claims to have given his contact information to the campaign, before asking viewers to make the video go viral. “Be sure to get out and vote for Mr. Trump in the 2016 election,” he concludes.

At this writing the man is still trying to evade the police, who have removed multiple windows on Trump Tower in an attempt to grab him.

UPDATE: The police just yanked him through the window.

Previous Trump Denies Meeting With Secret Service
Next Glenn Beck: I Might Be Killed If I Reveal My Sources On The Man I Falsely Accused Of Being A Terrorist [VIDEO]