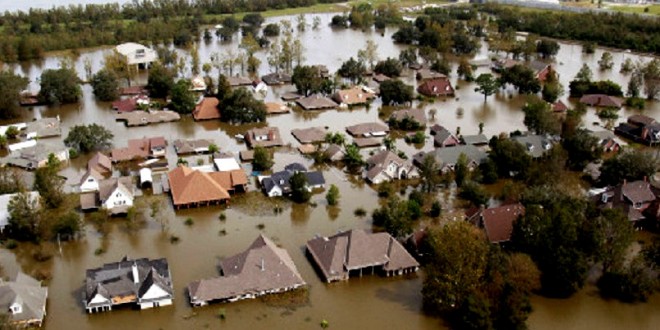 As we are repeatedly instructed, God uses hurricanes, earthquakes, tornadoes, and lethal diseases to punish people for sinning. This week the Lord Almighty aimed his Holy Wrath at Louisiana, where among the thousands of people made homeless by flooding is hate group leader Tony Perkins, who reports that he had to escape his destroyed home by canoe.

Perkins is on vacation this month, but today he called into his own radio show to lament the “biblical proportion” disaster that will allegedly force his family to live in a camper for the six months it will take to rebuild his home. Today’s guest host for Perkins’ show is former Family Research Council vice president Ken Klukowski, who now works for Breitbart.

Listen below as they spin this natural disaster as an opportunity for Christians to rejoice that God considers them “worthy of suffering for his sake.” And to “use this as an incredible, encouraging spiritual exercise to take you to the next level in your walk with an almighty and gracious God who does all things well.” Including destroying the fuck out of thousands of houses.