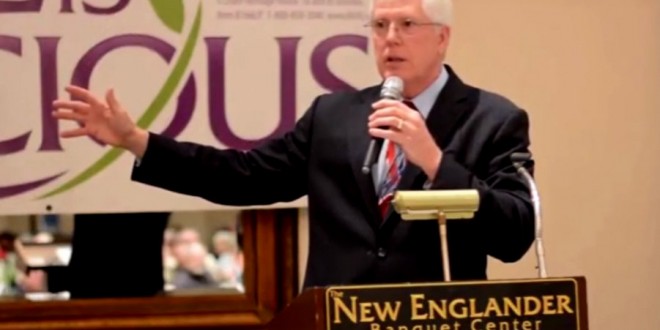 “We are coming to the position where we are in the same place that Dr. Martin Luther King Jr. had to make a decision, where the founders of this country had to make a decision that we will either obey God or we will obey man. And when those two directly, inherently, irrevocably collide with one another. We are in a position like Daniel in the lions’ den, like the three Hebrews that would not bow down, like Esther, who put her life on the line and engaged in civil resistance against the most powerful king on the planet. We are coming to that moment in time. When are we going to stop playing charades and pretend that whatever those five people say, whoever they might be, whatever they say, no matter how devoid of the Constitution it may be, that it becomes the law of the land? It doesn’t!” – Liberty Counsel president Mat Staver, speaking to a right wing group in Pennsylvania.