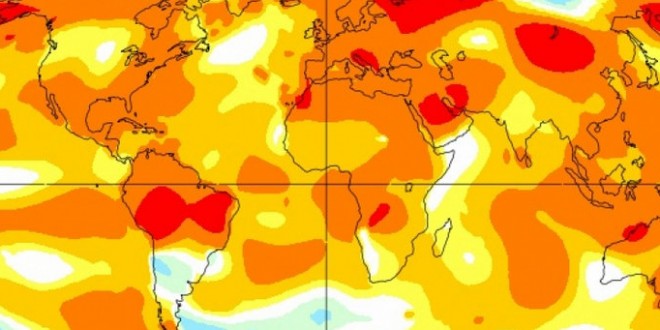 July 2016: The Hottest Month On Record

July was the world’s hottest month ever, according to NASA, the tenth month in a row to break temperature records globally. But help may be on the way in the form of a developing La Nina weather pattern — it just may not arrive until 2017.

On Tuesday, NASA confirmed in a statement 2016 had seen the warmest July ever, with air and sea surface temperatures almost a full degree above average, compared to measurements between 1951 and 1980. Since October 2015, every month has set a new global record for hottest temperatures.

It coincides with an unusually strong El Nino pattern which has caused severe heat and drought across Southeast Asia, as well as raising temperatures globally. “It appears almost a certainty that 2016 also will be the warmest year on record,” NASA’s Goddard Institute for Space Studies director Gavin Schmidt said in a statement.