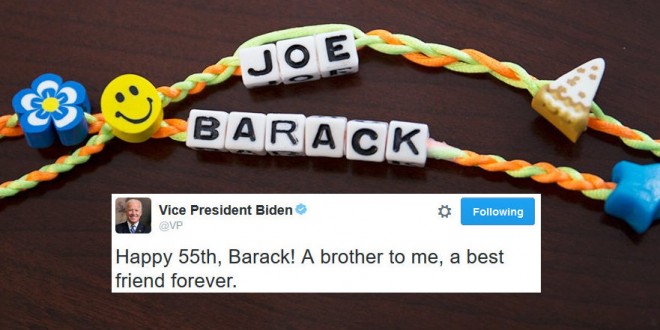 Vice President Joe Biden celebrated President Obama’s 55th birthday today by tweeting out a photo of the friendship bracelet made for him by the president back in June as part of a voter registration promotion. See that video below. Also sending birthday wishes today was Hillary Clinton, who tweeted out a meme-ready image. At age 47 in January 2009, Obama was the fifth-youngest president ever to take office, behind Teddy Roosevelt (42), JFK (43), Bill Clinton (46), and Ulysses S. Grant (46.)