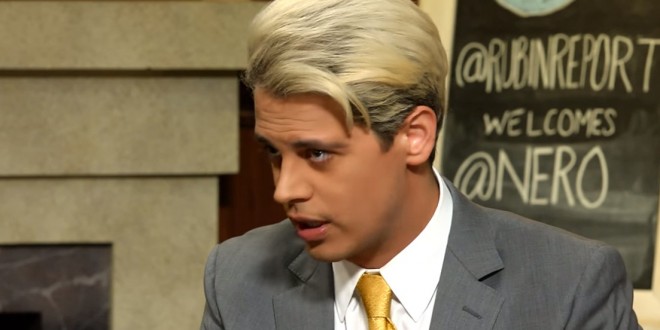 “The madman has actually done it. God-Emperor Daddy — known to the rest of you as Republican presidential candidate Donald J Trump — has just outflanked Hillary Clinton on the Left and announced what can only be described as an ultra-progressive immigration policy. I don’t mean progressive as it has come to be used, of course — nannying, language-policing, Muslim-pandering. I mean it’s a policy that could actually make things better for minorities.

“Trump’s plan is to introduce a screening process for prospective immigrants to the U.S., testing their ideological commitment to western values like women’s rights, gay rights, and religious pluralism. It’s a brilliant plan. I’m especially inclined to say it’s brilliant because it may have been partly inspired by me.