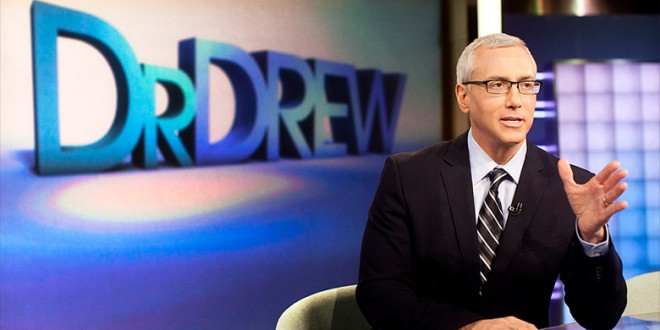 Right wing sites are screaming that CNN has canceled Dr. Drew Pinsky’s HLN show in reprisal for his taking part in the rumor campaign about Hillary Clinton’s health. Deadline reports:

Days after CNN’s Ashleigh Banfield announced on air she’s moving to HLN in the fall, HLN quietly confirmed Dr. Drew Pinsky’s program will end next month, though he will remain a contributor for CNN Worldwide.

“Dr. Drew and his team have delivered more than five years of creative shows, and I want to thank them for their hard work and distinctive programming,” CNN EVP Ken Jautz said in a statement confirming Pinsky’s last telecast will be September 22.

Dr. Drew had survived the previous re-branding, little more than two years ago, when HLN announced it would become “the first TV network for the social media generation,” and “redefine TV news and information, driven by what’s trending, being shared and going viral across all screens.”

Pinsky made headlines last week when he announced on his radio show he is “gravely concerned” about Democratic Presidential nominee Hillary Clinton’s health and the health care she is receiving. It played nicely into Donald Trump’s position that Clinton is not healthy enough to serve as POTUS.

The reprisal claim is being promoted by Matt Drudge. Because of course.