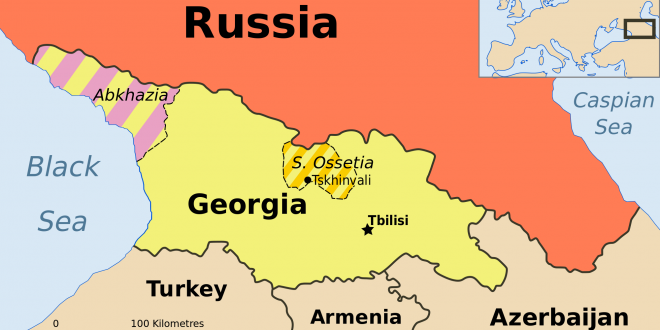 With two hundred thousand signatures having been gathered, the Central Election Commission (CEC) last week gave its final approval, after which the proposal also required permission from the president and the prime minister.

This suggested referendum was registered on May 13 by Alexandre Bregadze, former Deputy Minister of Diaspora, Soso Manjavidze, former member of Alliance of Patriots Party, and Zviad Tomaradze, Director of the Demographic Society XXI. Now, they warn that they will hold rallies outside the president’s administration and take the matter to court.

The anti-gay referendum is backed by the World Congress Of Families, which held its convention in the Georgian capital of Tbilisi in May, when they elected NOM head Brian Brown as their new president.

Earlier this year the Orthodox Church requested police protection for a gay Georgian man who filed a marriage equality lawsuit, fearing a repeat of the 2013 incident in which 20,000 rioters led by Orthodox priests violently attacked a small gay pride rally in Tbilisi. In the video below, rally attendees attempt to escape the raging mob in a small bus.

RELATED: In 2013 Georgia signed a treaty with the EU which its then-prime minister called a “road map” to membership in the European Union. In 2014 the European Parliament approved a resolution which declares that any European country, including Georgia, is free to apply for membership once they comply with EU principles on democracy, human rights, and minority rights. In other words, don’t hold your breath.

Previous Glenn Beck: I Might Be Killed If I Reveal My Sources On The Man I Falsely Accused Of Being A Terrorist [VIDEO]
Next Donald Trump: President Obama Founded ISIS [VIDEO]