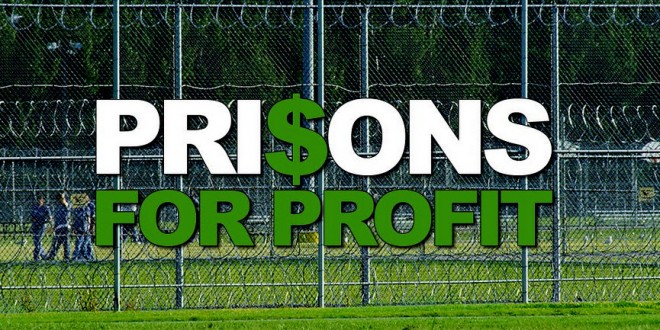 The Justice Department plans to end its use of private prisons after officials concluded the facilities are both less safe and less effective at providing correctional services than those run by the government.

Deputy Attorney General Sally Yates announced the decision on Thursday in a memo that instructs officials to either decline to renew the contracts for private prison operators when they expire or “substantially reduce” the contracts’ scope. The goal, Yates wrote, is “reducing — and ultimately ending — our use of privately operated prisons.”

“They simply do not provide the same level of correctional services, programs, and resources; they do not save substantially on costs; and as noted in a recent report by the Department’s Office of Inspector General, they do not maintain the same level of safety and security,” Yates wrote.

Prison stocks plunged immediately on the news because private prisons one of its major customers: The U.S. Government. Investors care about the bottom line. When you suddenly lose one of your biggest customers, your profits will be impacted severely. Shares of Geo Group, Inc. (GEO) and Corrections Corp. Of America (CXW) imploded over -35%, and -25% respectively (as of this writing – less than an hour after the news broke). Both stocks enjoy healthy and stable fundamentals but investors care about the future.

Sen. Bernie Sanders (I-Vt.) hailed the decision for adopting one of the key criminal justice reform planks of his recent presidential bid. “The Justice Department’s plan to end its use of private prisons is an important step in the right direction. It is exactly what I campaigned on as a candidate for president,” Sanders said in a statement. “We have got to end the private prison racket in America as quickly as possible. Our focus should be on keeping people out of jail and making sure they stay out when they are released. This means funding jobs and education not more jails and incarceration.”

It remains to be seen if state governments will follow the lead of the feds. Here’s a damning report from the ACLU.

Previous Gawker.com To Shut Down Forever Next Week
Next New Pew Research Poll: Hillary +4 Nationwide, 81% Of Republicans Say Life Was Better 50 Years Ago