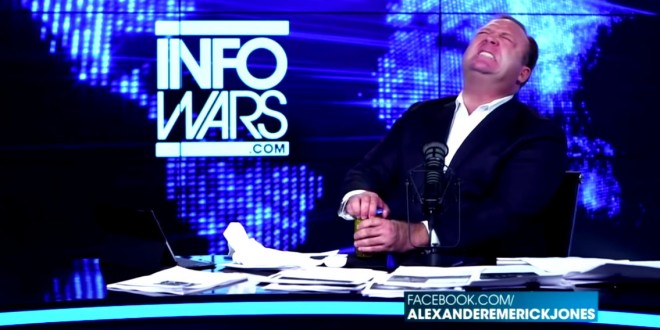 Jimmy Kimmel thought he was putting to rest the rumors swirling around Hillary Clinton’s health when he asked her to open a pickle jar on his show earlier this week. But, as might be expected, the “pickle test” did little to assuage Clinton opponents, who now see Kimmel as a willing participant in the conspiracy to cover up the Democratic nominee’s debilitating ailments.

On last night’s show, Kimmel played for his audience clips from a seven-minute video featuring InfoWars host and, the host said, leading “pickle-gate” proponent Alex Jones dissecting the segment in question and concluding that the entire performance was staged. The pickle “can” — as Jones refers to it — didn’t “pop,” nor did Clinton open it in a manner consistent with normal opening procedure.

Previous Trump’s Doctor: I Wrote That Health Letter In Five Minutes While Trump’s Limo Waited Outside [VIDEO]
Next Donald Trump: The Murder Of An NBA Star’s Cousin Proves That African-Americans Will Vote For Me