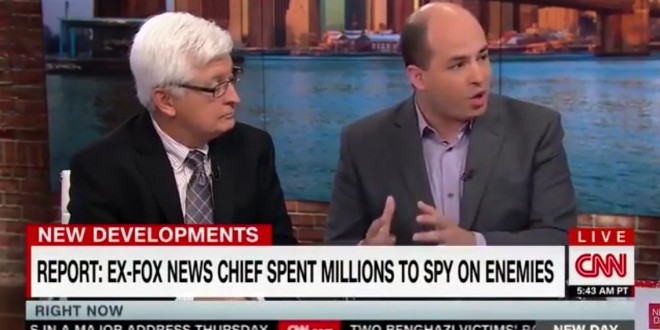 CNN’s Brian Stelter: Roger Ailes Spied On Me By Having A Low-Level Fox News Staffer Date Me [VIDEO]

“About ten years ago I had a crush on a woman at Fox News. She was a low level staffer. I was in college at the time. So I was going out on what I thought were dates. Chris, I thought these were dates. These were not dates. She was actually reporting back to Fox News about me. She was reporting back about what I thought of her and about CNN and MSNBC and Fox. Because I was a reporter on the beat, they were actually spying on me that way. Now I didn’t think that was a big deal at the time. I thought it was the way Fox operates. Fox is a political organization. But now we know they were actually sending out private investigators. They were tailing other reporters.” – CNN host Brian Stelter, making the revelation this morning on CNN’s New Day.