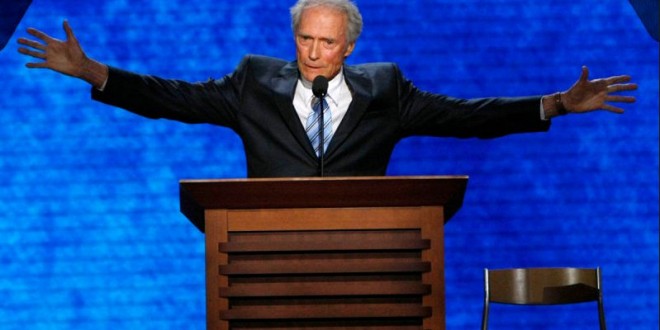 “He’s onto something, because secretly everybody’s getting tired of political correctness, kissing up. That’s the kiss-ass generation we’re in right now. We’re really in a pussy generation. Everybody’s walking on eggshells. We see people accusing people of being racist and all kinds of stuff. When I grew up, those things weren’t called racist. And then when I did Gran Torino, even my associate said, ‘This is a really good script, but it’s politically incorrect.’ And I said, ‘Good. Let me read it tonight.’ The next morning, I came in and I threw it on his desk and I said, ‘We’re starting this immediately.’

“I haven’t endorsed anybody. I haven’t talked to Trump. I haven’t talked to anybody. You know, he’s a racist now because he’s talked about this judge. And yeah, it’s a dumb thing to say. I mean, to predicate your opinion on the fact that the guy was born to Mexican parents or something. He’s said a lot of dumb things. So have all of them. Both sides. But everybody—the press and everybody’s going, ‘Oh, well, that’s racist,’ and they’re making a big hoodoo out of it. Just fucking get over it. It’s a sad time in history.” – Clint Eastwood, telling Esquire that he will vote for Trump.