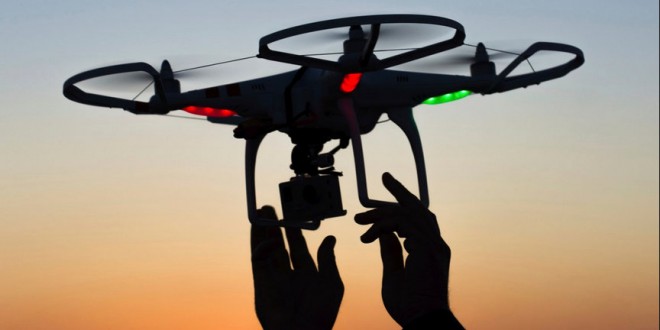 And thus it was foretold that the Holy Word would rain from the heavens in tiny electronic form. The Washington Post reports:

The apparent logic of the Swedish church Livets Ord, or “Word of Life,” is that by using a tactic that simulates the airstrikes that have traumatized a region, they will bring light and love and maybe convert some Muslims to Christianity.

“We start our project in a few weeks and hope to drop thousands of Bibles,” the church’s website says. The Bibles are “pillbox”-size and will supposedly be dropped from high altitude by a contractor hired by the church.

Faced with scorn from the media, Christian Akerhielm, the church’s missions director, has emphasized that the drone campaign adds to their good work in the region, which involves distributing aid at refugee camps.

“The project has been in the media portrayed as an ‘attack on IS’ or with the terror group as the main target. This is not true,” Akerhielm said, referring to the Islamic State. “This mission’s project is closer to traditional smuggling of Bibles, and it is not connected to any military or aggressive action in any way.”

“The Bibles are the size of pill boxes and have a display. They require no electricity but work on their own,” the church’s mission director Christian Åkerhielm told Swedish TV broadcaster SVT.

The church gave a demonstration of the drones at a recent church service and posted the photo to its Instagram page. It appears to be a Phantom DJI 4 model.

“Our ambition is to pass on the hope and love of the Christian gospel to a population living in closed areas where they are being denied human rights,” the church said in a message on its home page.

VIDEO: According to nutjob conspiracy theorist Mark Dice, drones were totally predicted in the bible.
(Via Christian Nightmares)