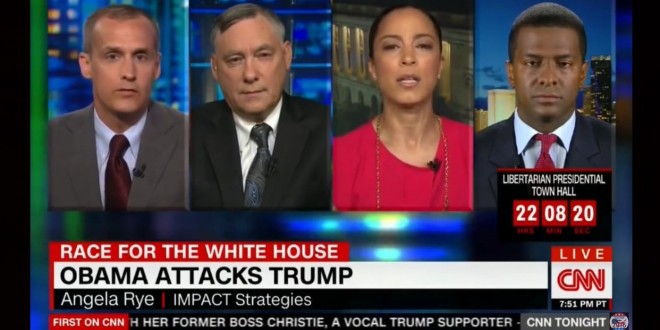 Lewandowski and Angela Rye were fighting over President Obama calling Trump unfit to be president, with Rye bringing up birtherism and how Trump was demanding to see Obama’s college records.

Lewandowski decided to ask over and over about Obama’s transcripts, and Rye said, “Corey, in this moment I’m gonna Beyoncé you. Boy bye! You’re so out of line right now!”

Previous Trump Continues Claims Of Rigged Elections: People Will Vote 10 Times Without Voter ID Laws [VIDEO]
Next REPORT: Donald Trump Asked Advisor, “If We Have Nuclear Weapons, Why Can’t We Use Them?” [VIDEO]