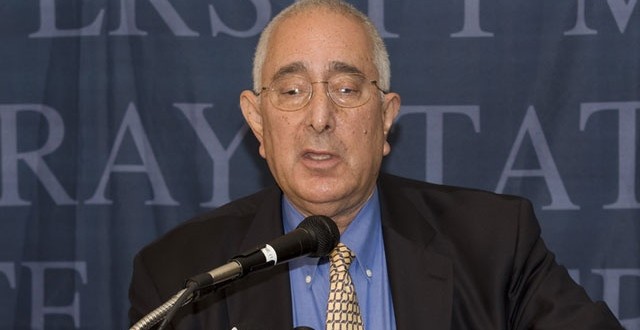 Ben Stein: Hillary Looks Like She Has Lupus [VIDEO]

Actor and economist Ben Stein may or may not be on the fence over Donald Trump, but during a Monday interview, he appeared to follow the example of the mogul’s campaign during his commentary on Hillary Clinton.

Even though Clinton’s physician says her physical condition is fine, the Trump camp has been latching onto unproven theories over the last few days in order to insist the Clinton is mentally ill and/or on the brink of death.

Steve Malzberg invited Stein to comment on these rumors, and Stein diagnosed that there were similarities between the appearance of Clinton’s health, and that of his mother who suffered from Lupus.