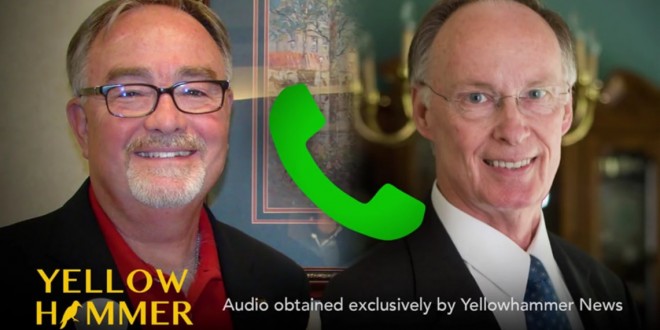 Republican Alabama Gov. Robert Bentley is taking heat after bombshell phone call recordings released this week show that he lied to a state congressman about the casino gambling industry manufacturing rumors about him having an affair.

AL.com reports that Alabama State Rep. Allen Farley recorded a phone conversation that he had with Bentley last year in which Bentley falsely assured him that rumors about him having an affair with one of his staffers were false.

Bentley also said that his wife had filed for divorce against him only because he’d been spending too much time working, and he insisted that the casino gambling industry was behind the rumors about his extramarital activities because they wanted to block his tax proposals.

The Alabama House is currently working on impeaching Bentley, whose sexytime phone calls to his mistress were made public earlier this year.

Last year Bentley filed a SCOTUS brief in which he proclaimed that same-sex marriage is “demeaning to democracy.” Shortly thereafter his wife of 50 years filed for divorce.

Court records show that the now-former Mrs. Bentley declared that her marriage had been irretrievably broken by her husband’s affair with his 30-years-younger assistant.