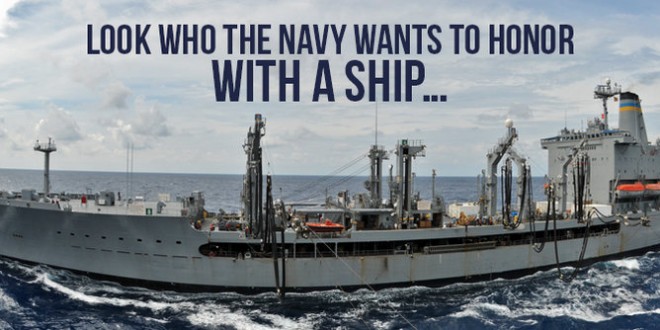 The American Family Association has launched a petition to Congress to stop the US Navy from naming a ship for Harvey Milk. It reads:

“I have learned that Secretary of the Navy Ray Mabus is planning to name a military ship after sexual predator and pedophile Harvey Milk. It is incomprehensible to think that our military leadership has descended to the point that it would even consider naming ships after someone who sought out and took advantage of a minor. Unfortunately, Secretary Mabus has offered such a proposal. As a voter in your district, I urge you in the strongest possible way to get personally involved in stopping Mabus’ plans. Please contact me immediately to let me know that you are as offended by this proposal as I am…and that you are going to take action to stop it.”