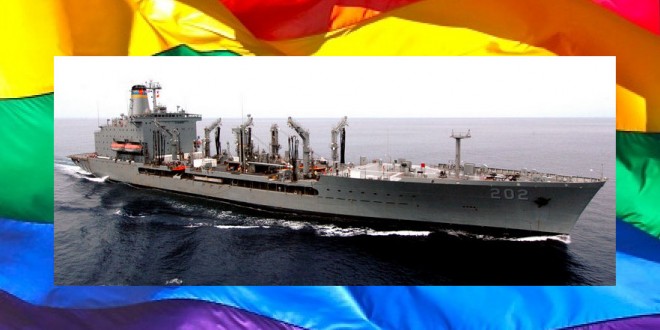 US Navy To Name Ship For Harvey Milk

Oh yes, the sadz will be deafening. USNI News reports:

The Navy is set to name a ship after the gay rights icon and San Francisco politician Harvey Milk, according to a Congressional notification obtained by USNI News.

The July 14, 2016 notification, signed by Secretary of the Navy Ray Mabus, indicated he intended to name a planned Military Sealift Command fleet oiler USNS Harvey Milk (T-AO-206). The ship would be the second of the John Lewis-class oilers being built by General Dynamics NASSCO in San Diego, Calif.

The Secretary of the Navy’s office is deferring additional information until the naming announcement, a Navy official told USNI News on Thursday.

NOTE: The photo I used is from the general naval class of the type ship to be named for Milk. Not the actual ship, of course.