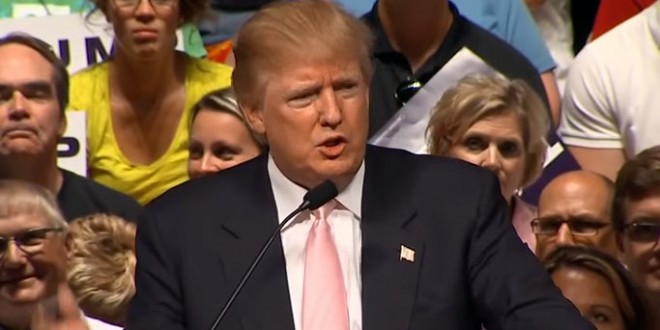 Trump Shrugs Off Veepstake Bailers: I’ve Got Ten Names And Some Of Them You Don’t Know About Yet

After Sen. Joni Ernst and Sen. Bob Corker furiously pedaled backwards away from Donald Trump today, the human Cheeto called into Fox News to declare that the media doesn’t even know about some of the ten people still on his shortlist. The Hill reports:

Trump said the list of potential running mates includes “some names that haven’t surfaced yet.”

Trump also indicated on Wednesday that two generals were being considered, though he didn’t offer any names.

One of those generals could be Family Research Council executive vice president Jerry Boykin, who served as Undersecretary of Defense in the Bush II administration. Boykin recently threatened to murder any transgender person who enters a restroom with his daughter.