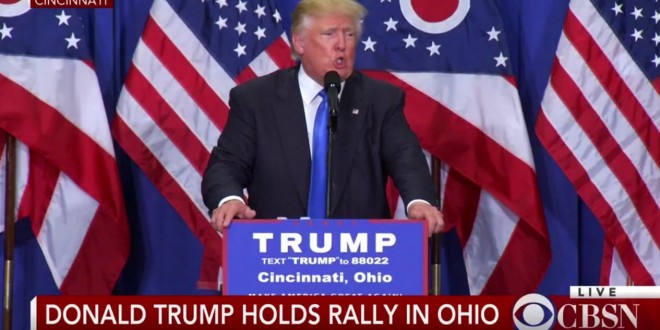 Trump repeatedly shouted, of the Star of David, “it’s a star!” He echoed his own campaign surrogates by saying it looked like a sheriff’s star and said it’s the “dishonest” media that’s doing the profiling here. He went on and on about how “Clinton News Network” devoted a lot of coverage to the tweet and how it was on a Neo-Nazi message board before. But Trump not only repeatedly called CNN and the media “sick,” but he said they “shouldn’t have taken it down.”

Previous BREAKING: Loretta Lynch Says No Charges For Hillary
Next The Liberal Redneck On The FBI & Hillary [VIDEO]