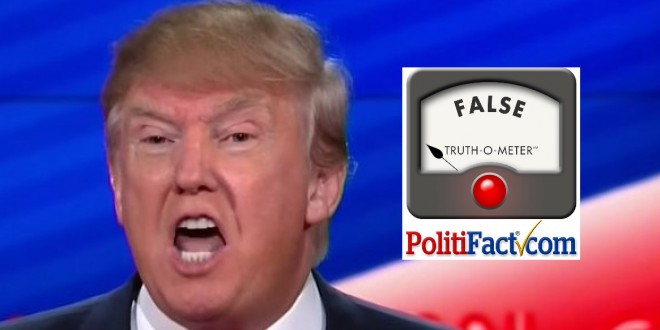 Trump: I Recommend Ohio For The Convention

Another whopper from Donald Trump. Via Politifact:

On the opening night of the Republican convention, Donald Trump told Fox News host Bill O’Reilly he was grateful it was held in Cleveland.

We wondered, did Trump get involved in picking Cleveland? If he did, we couldn’t find a trace of it. The Republican National Committee named a site selection committee in January 2014. Cities submitted proposals to show that they had a big enough venue, enough hotel rooms, the organizational heft to pull all the pieces together, and activities for the delegates.

We looked to see if Trump had any reaction after Cleveland was picked, but there was no sign of him in the convention coverage. Instead, all we found were articles about the closure of Trump Plaza Hotel and Casino in Atlantic City. Trump said more closures might be on the way.

A search of the Nexis database of newspapers, transcripts and wire reports going back long before Cleveland was announced produced no statement from Trump. His name and the Republican convention didn’t appear together in the first half of 2014.

Nobody on the convention location selection committee can recall hearing from Trump.

Previous Trump Campaign Denies Plagiarism: Melania Is Being Attacked Because She Threatens Hillary [VIDEO]
Next Antonio Sabato: Of Course Obama Is A Muslim, He Doesn’t Even Have A Christian Name [VIDEO]