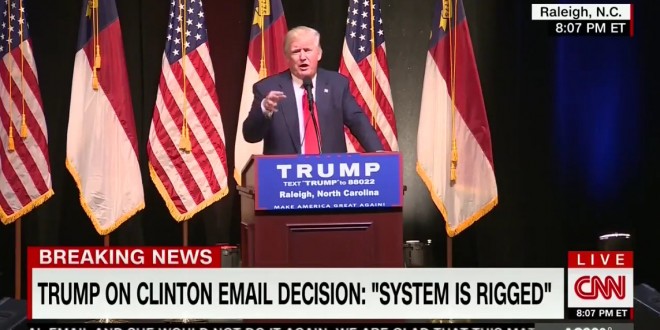 Trump was responding to reports that Hillary Clinton was possibly considering appointing Lynch as her own A.G. “That’s like a bribe, isn’t it? Isn’t that sort of a bribe?” Trump asked. “I think it’s a bribe.”