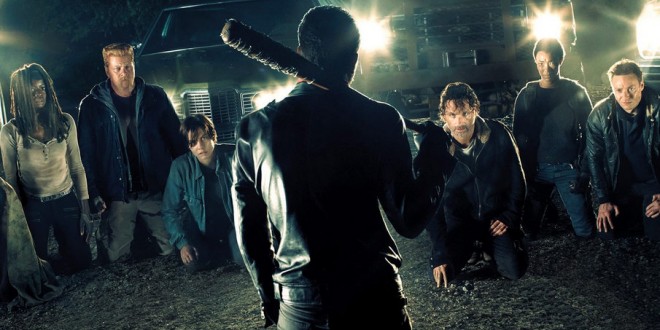 AMC has set the premiere date and revealed the first trailer for the next season of “The Walking Dead” The zombie drama’s seventh season will debut Sunday, Oct. 23 at 9 p.m. The 16-episode season will be split into two parts, with the first eight episodes airing in the fall and the second half debuting in February, 2017.

Comedian Chris Hardwick moderated a panel Friday at Comic-Con featuring the show’s cast and creative team, where the trailer debuted. It shows new villain Negan, but doesn’t hint at who he killed in the season-six finale. It also gives a first look at King Ezekiel, a fan-favorite character of the comic books on which the series is based. Actor Khary Payton will will play Ezekie.

Previous How The Openly Gay President Of The Golden State Warriors Helped Get The NBA All-Star Game Moved
Next Bernie Sanders: Schultz Must Step Down [VIDEO]