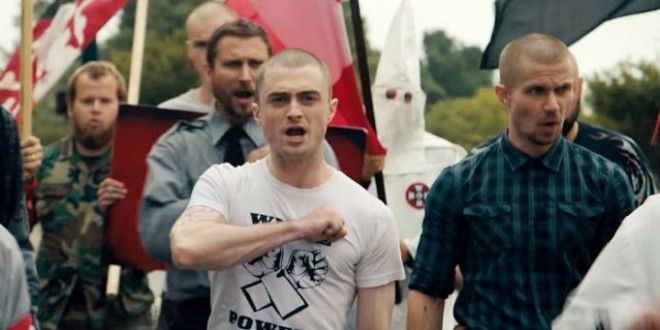 If anyone is still making Harry Potter jokes about Daniel Radcliffe, they won’t be after seeing the British actor in the first trailer for “Imperium.”

The thriller, which is inspired by a true story, features Radcliffe as Nate Foster, a young, idealistic FBI agent who goes undercover to take down a white supremacist terrorist group.

Radcliffe, sporting an American accent, plays Foster as squeamish and nervous in his undercover role, which drives the nonstop intensity of the trailer.

“Imperium” is directed by Daniel Ragussis, who cowrote the film with Michael German, a former agent who spent years inside the neo-Nazi movement.