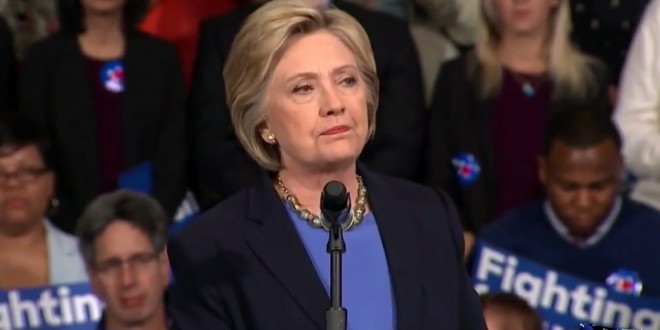 TOMORROW: Hillary To Meet With FBI On Email Server

Presumptive Democratic presidential candidate Hillary Clinton is scheduled to meet with the FBI on Saturday about her use of a private email server while she worked as secretary of state.

A source told The Daily Caller Friday that the interview will rake place in Washington, D.C. The interview is likely to be the final step in the probe into whether Clinton mishandled any potential classified information.

The server was located in her Chappaqua, N.Y., home. The FBI has already interviewed several Clinton aides, including her deputy chief of staff Huma Abedin.

This comes the same day as Attorney General Loretta Lynch said she regrets meeting with former President Bill Clinton amid the probe into his wife’s private email server — and will accept whatever determination is made by the investigators.

Hillary Clinton is absolutely historic: the first major party candidate ever to run as a felon.

Previous Pope Benedict: I Broke Up The Vatican’s Gay Lobby
Next GAWKER: Trump Might Be Tweaking On Diet Pills