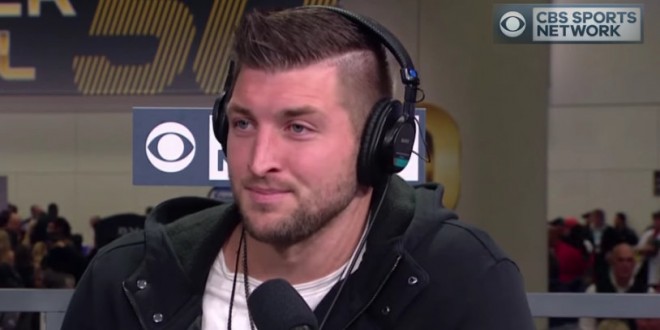 Tim Tebow: Nobody Ever Asked Me To Speak At The GOP Convention And I’m Not Doing It [VIDEO]

Former Denver Broncos quarterback Tim Tebow will not speak at next week’s Republican National Convention, he clarified on Instagram Thursday.

The New York Times reported Wednesday that Tebow would give a speech at the convention. Tebow, who won the Heisman Trophy while at Florida in 2007, was reportedly set to speak on the fourth night of the convention, the same night presumptive Republican presidential nominee Donald Trump is expected to formally accept the party’s nomination in his own speech.

Tebow recorded an Instagram video to deny the report. “My goal has always been able to make a difference in the biggest way possible, and if one day that’s the political realm, that’s what I’ll do.” He added that he is focused on running his foundation in the interim.