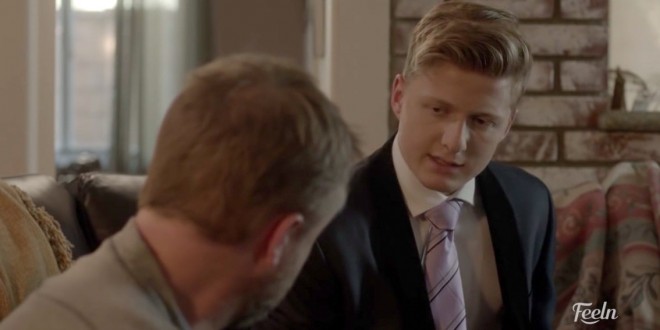 SHORT FILM: Son Comes Out To Dad On Prom Night

In case you didn’t know, Hallmark Cards now has its own streaming service, Feeln. For a few dollars a month you can watch all those feel-good Hallmark Hall of Fame movies as well as original series.

Feeln also produces original shorts, including a new addition called The Beginning, which features a young man coming out to his father on prom night. The film is written by Steven Tagle and directed by Melanie McGraw.

In The Beginning, sports-loving Dad (Josh Daugherty) is getting a boutonniere ready for his teen son, Davis (Pedro Correa), to wear on his prom tuxedo. We clearly see that Davis is more than a bit nervous, but Dad—who calls his son a lady killer—is the one in for a shock.

(Tipped by JMG reader Will)