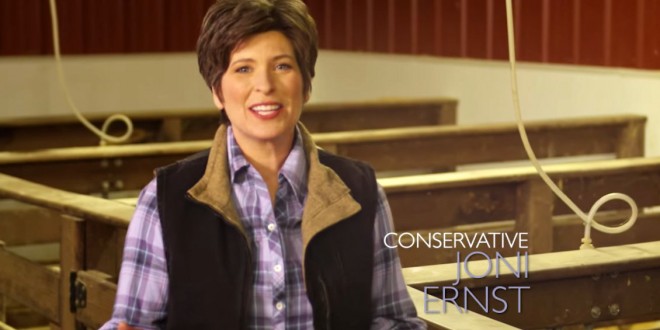 Trump is too extreme even for famed hog-castrator Joni Ernst:

The GOP senator met with Trump on Monday and received effusive praise afterward, with Trump predicting he will “see her again.” But it likely won’t be as his running mate.

“I made that very clear to him that I’m focused on Iowa. I feel that I have a lot more to do in the United States Senate. And Iowa is where my heart is,” Ernst said Wednesday. “I’m just getting started here. I have a great partner with Chuck Grassley, we’ve been able to accomplish a lot. And I think that President Trump will need some great assistance in the United States Senate and I can provide that.”

“I will probably participate more as an advocate,” Ernst said of her role in the Trump campaign. “I would love to assist him out on the trail.”

As of this morning, Ernst was the #2 pick in Matt Drudge’s poll on potential running mates for Trump.

UPDATE: And this also happened this afternoon.

A day after stumping with Trump in North Carolina, Sen Bob Corker R-TN withdraws his name as possible running mate