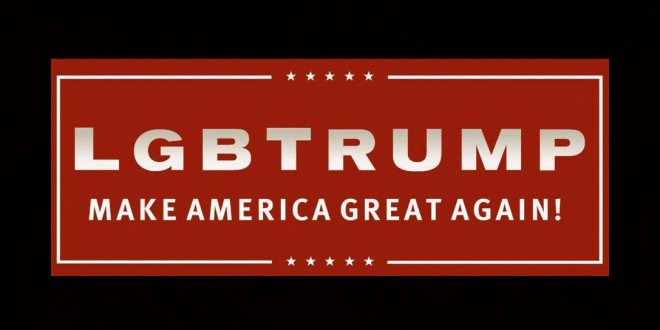 Breitbart today published a column from the administrator of a homocon group which supports Trump’s flip-flop on North Carolina’s anti-LGBT hate laws. From the article:

The LGBT left wants to keep all of us sexual minorities away from the center of American life — because that’s how they get to keep control — or at least influence — over us and our voting cards. That’s why the LGBT left is quick to condemn Trump and eager to intimidate gay Trump supporters.

But Trump treats gays and lesbians as just normal Americans, who worry about jobs and schools and crime and neighborhood traffic and trade and wages. Just the routine, everyday stuff of Americans’ society.

His comments on the live-and-let-live HB2 in no way undercuts the commitment he has made to gay people – and all Americans – that he will keep them safe and protect them from sharia-shrieking, gay-hating jihadis.

And unlike his opponent, he won’t say he is pro-LGBT when the cameras are on, he won’t be taking money from anti-gay regimes behind closed doors.

What Trump said then and what Trump is saying now are not contradictory, much to the chagrin of the LGBT left. More importantly, what Trump said does not disqualify him from being the best candidate on gay rights that the Republican Party has ever nominated — because gay rights and trans rights are not synonymous.

The above-linked article was written by Joseph R. Murray II, who claims to have worked on the presidential campaign of notorious racist Pat Buchanan. While most Breitbart articles tend to have thousands of comments, at this writing Murray’s piece has five, one of which refers to President Obama as the “ape dictater.”

It’s not clear if LGBTrump is the same group created earlier this year by GOProud founder Chris Barron, but the unused domain with that name was purchased by Barron in May. Note that the “T” in the name is for Trump, not transgender.