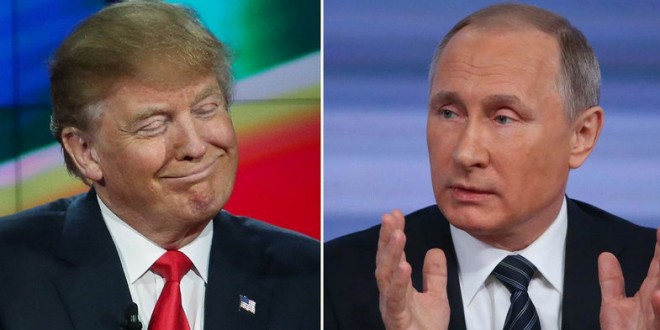 In the wake of the DNC email hack, many news outlets are scrutinizing the long-running relationships that Donald Trump has with Russia’s business elite and the government of Vladimir Putin. The Hill reports:

Fox News contributor George Will says GOP presidential nominee Donald Trump will not release his tax returns because they may show “he is deeply involved in dealing with Russia oligarchs.”

The claim — which Will could not support with any tangible proof — was made to Bret Baier on Fox News’s “Special Report” live from the Democratic National Convention in Philadelphia on Monday night.

An excellent take from Slate on the Wikileaks story:

A foreign government has hacked a political party’s computers—and possibly an election. It has stolen documents and timed their release to explode with maximum damage. It is a strike against our civic infrastructure. And though nobody died—and there was no economic toll exacted—the Russians were aiming for a tender spot, a central node of our democracy.

What’s galling about the WikiLeaks dump is the way in which the organization has blurred the distinction between leaks and hacks. Leaks are an important tool of journalism and accountability. When an insider uncovers malfeasance, he brings information to the public in order to stop the wrongdoing. That’s not what happened here. The better analogy for these hacks is Watergate. To help win an election, the Russians broke into the virtual headquarters of the Democratic Party.

The hackers installed the cyber-version of the bugging equipment that Nixon’s goons used—sitting on the DNC computers for a year, eavesdropping on everything, collecting as many scraps as possible. This is trespassing, it’s thievery, it’s a breathtaking transgression of privacy. It falls into that classic genre, the dirty trick. Yet that term feels too innocent to describe the offense. Nixon’s dirty tricksters didn’t mindlessly expose the private data of low-level staff.