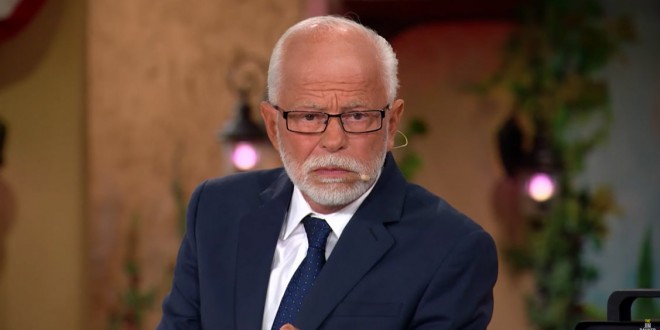 Televangelist Jim Bakker only needed one last thing to get him out of prison: To forgive those who put him there. As he sat behind bars, he poured over the Word of God and R.T. Kendall’s book on Joseph.

“That set me free,” Bakker says. “I had to forgive everybody, from my heart! Wow. That was the hard one.” Each day, Bakker would read the names of the judge, the jury and those who turned him in out loud to the Lord. That’s when God reminded Bakker of scriptures like Matthew 6 and Romans 10.

In 1989 Bakker was convicted on 24 felony counts of mail and wire fraud and sentenced to 45 years in federal prison. He ended up serving only five years after his sentence was reduced on appeal. In 1996 over 160,000 former Praise The Lord Club members filed a class action suit over time-shares they had purchased for a Heritage USA luxury resort that was never built.  The suit was dismissed and today Bakker sells End Times food buckets to the similarly gullible.

RELATED: In 2014 Charisma News declared that gay people are “putrid-smelling demons” who are “worse than pigs.”