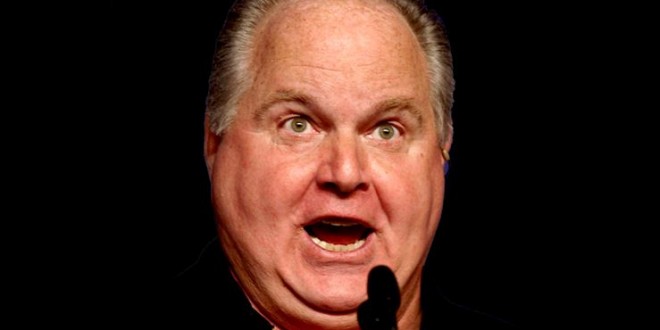 According to Rush Limbaugh, leftists will burn America to the ground if Donald Trump wins in November. Talking Points Memo has some quotes:

“They’re going to do everything they can to undermine it, and I think we’re going to see levels of violence that we have not seen,” Limbaugh continued.

He went on to suggest anti-Trump forces would “intimidate” people into “reversing” a Trump win and doing “everything they can to see it that Trump never does get inaugurated.”

Back in February, Limbaugh endorsed Ted Cruz, calling him “the closest in our lifetimes we have ever been to Ronald Reagan.”