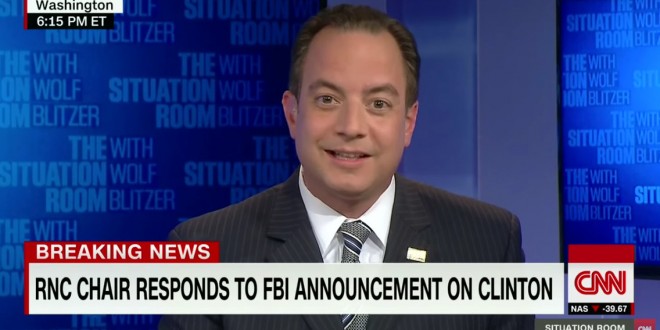 “I certainly don’t understand how you describe a textbook definition of gross negligence, and you have case after case after case of soldiers and other military personnel being kicked out of the military … for things that are far less egregious than what Hillary Clinton did,” Priebus told CNN’s Wolf Blitzer on “The Situation Room.”

“First of all, it’s not going to go away,” he said. “I think in many ways this is going to be even worse for Hillary Clinton.”

He said watching Comey’s news conference, he expected criminal charges against Clinton, and called his decision “a real head-scratcher.”

“Hillary Clinton lied about something that was very basic,” Priebus said.