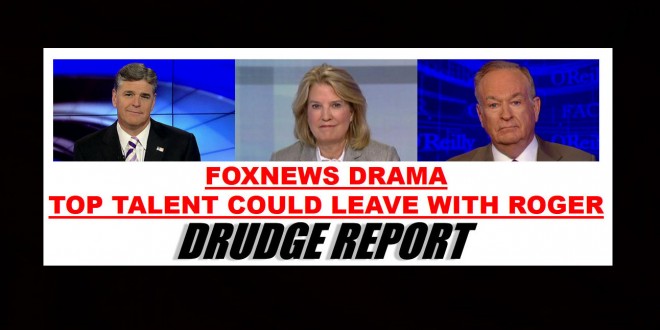 REPORT: Uproar At Fox News As Network Stars Threaten To Walkout Over Ousting Of Roger Ailes

According to an “exclusive” reported tonight by Matt Drudge, top on-air personalities at Fox News are meeting to discuss a joint walkout should chairman Roger Ailes be ousted over sexual harassment claims made by several current and former staffers.

Earlier today it was reported that Ailes had left the company with a $40M exit package, but that story was quickly walked back. Apparently Ailes continues to negotiate whether he will stay with the network, although most sources believe that he will be out by the end of the week.

Among those reportedly prepared to leave with Ailes are Sean Hannity, Greta Van Susteren, Bill O’Reilly, and the on-air casts of Fox & Friends and The Five. According to the Financial Times, Hannity, Van Susteren, and O’Reilly have contracts which stipulate that they are permitted to leave if Ailes does.

Over at Breitbart, there is general joy over the turmoil at Fox News, which became a mortal enemy of the site during the several dust-ups between Megyn Kelly and Donald Trump. Among Breitbart readers there is much hopeful speculation that Ailes could launch a new far-far-right cable news network in partnership with Breitbart.