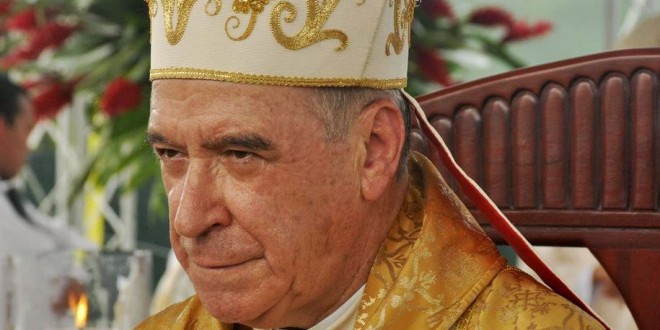 From the Washington Blade:

The Vatican announced on Monday that Pope Francis has accepted the resignation of Cardinal Nicolás de Jesús López Rodríguez of the Archbishop of Santo Domingo.

The Holy See said in a statement that the pontiff has named Monsignor Francisco Ozoria Acosta of the Diocese of San Pedro de Macorís as López’s successor.

López told reporters during a 2015 press conference that Brewster should “go back to his embassy” and “stick to housework, since he is a man’s wife.” The cardinal in 2013 referred to Brewster — who is married to Bob Satawake — as a “faggot” after President Obama nominated him to become the next American ambassador to the predominantly Catholic country.

Neither the Vatican nor the Dominican government has publicly rebuked López over his comments.