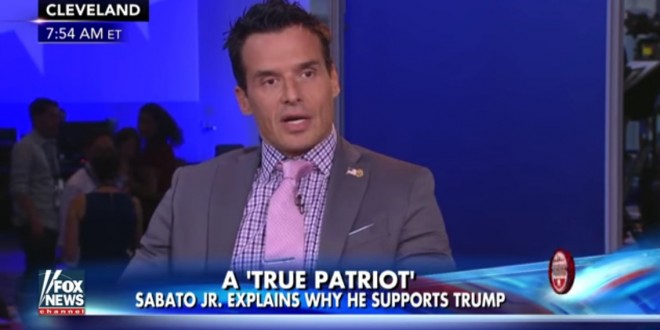 Political Genius Antonio Sabato: Donald Trump Is So Awesome We Shouldn’t Even Have An Election [VIDEO]

Also: “I have Jesus on my side.” Mediaite recaps:

Soap opera star and primetime Republican National Convention speaker Antonio Sabato Jr. said during an interview Monday that Donald Trump is so awesome, we shouldn’t even bother to hold an election.

The former General Hospital star outlined to MSNBC’s Craig Melvin the reasons why he supports Trump. “That’s the only choice, there is no one else,” he said. “I think Trump should just win it now so we can move on and get our country back on track.”

Previous THINK AGAIN: And Here You Thought Chachi Was The Bottom Of The GOP Convention Speakers Barrel
Next Police Display Gun Used In Baton Rouge Attack