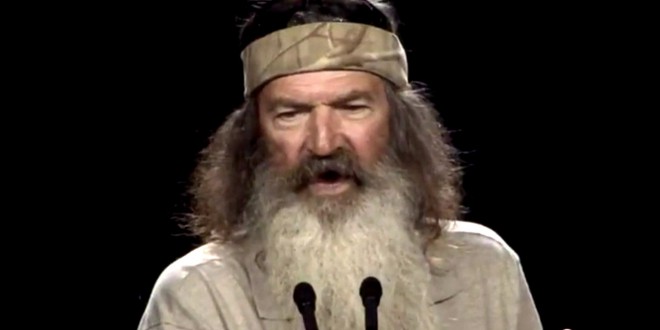 It was one of the most memorable ads of the Iowa caucuses: Phil Robertson, the straggly-bearded patriarch on reality-television’s “Duck Dynasty,” took Ted Cruz duck hunting.

But the two men are hardly hunting buddies now. Robertson chastised the Texas senator in an interview here Thursday morning for his refusal to endorse Donald Trump, the Republican Party’s presidential nominee.

“I was behind Cruz,” Robertson said. “He lost, I lost. Now he’s out. Once you do that, you need to swallow your pride. The people said, ‘This is the one we want. We don’t want Cruz. We want this one.’ You need to get behind him.”

Previous FEC Complaint Filed Over Melania Trump’s Speech Because Speechwriter Works For Trump’s Corporation
Next Cruz Faces Delegates: I’m Won’t Be A Servile Puppy Dog Or Back Man Who Trashed My Family [VIDEO]