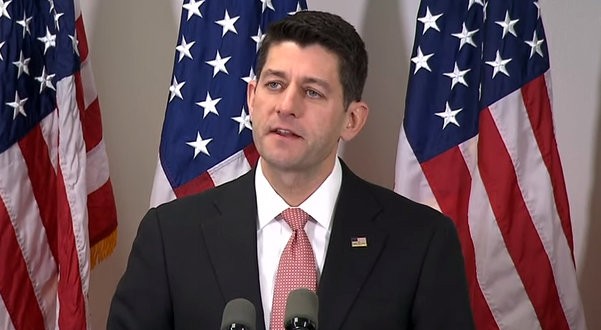 Paul Ryan: The FBI Has Damaged The Rule Of Law By Not Charging Hillary Clinton For Her Criminal Actions

“While I respect the law enforcement professionals at the FBI, this announcement defies explanation. No one should be above the law. But based on the director’s own statement, it appears damage is being done to the rule of law. Declining to prosecute Secretary Clinton for recklessly mishandling and transmitting national security information sets a terrible precedent. The findings of this investigation also make clear that Secretary Clinton misled the American people when she was confronted with her criminal actions. While we need more information about how the Bureau came to this recommendation, the American people will reject this troubling pattern of dishonesty and poor judgment.” – House Speaker Paul Ryan, via press release.