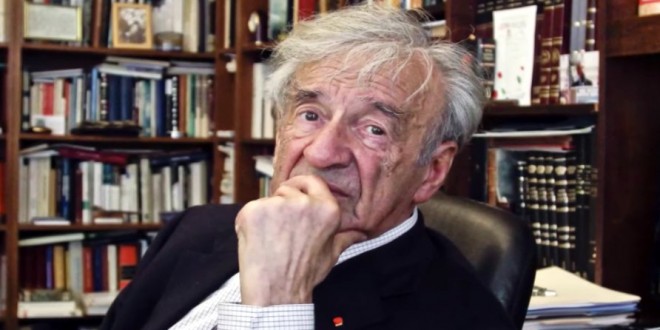 Nobel Peace Prize laureate, Holocaust survivor and human rights activist Eliezer “Elie” Wiesel died on Saturday at the age of 87 after a prolonged illness. A survivor of the Auschwitz and Buchenwald Nazi death camps, Wiesel dedicated much of his life to Holocaust education and promoting tolerance around the world.

The Romanian-born Wiesel authored 57 books, including “Night,” a memoir published in 1955 in which he recounted the deaths of his father, mother and sister in Nazi camps.

When he was a teenager, Wiesel was sent with his father, Shlomo, to the Buna Werke labor camp, a sub-camp of Auschwitz III-Monowitz. They were forced to work for eight months before being transferred to a series of other concentration camps near the war’s end. Wiesel survived whereas his father was beaten to death in 1945 by a German soldier.

The recipient of over 100 honorary doctorates, Wiesel received France’s distinguished Prix Medicis for his 1968 book “A Beggar in Jerusalem,” describing the Jewish response to the reunification of Jerusalem following the Six-Day War.

Wiesel was awarded the US Presidential Medal of Freedom by George H. W. Bush in 1992.