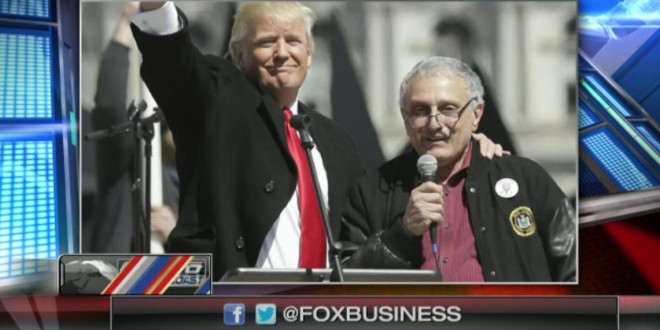 From the Buffalo News:

Carl P. Paladino – co-chairman of Donald Trump’s New York campaign – is still in the mood for a hanging. Stephani Williams, a Republican convention delegate from Utah who opposes Trump’s nomination for president, learned about the bombastic Buffalo businessman the same way many others have over the years: via email.

“You should be hung for treason Stefani,” Paladino said in an email to Williams. She shared the missive with The Hill, a Capitol Hill newspaper. “There will not be a Republican Party if you attempt to replace Trump. I’ll be in your face in Cleveland,” Paladino wrote her.

When reached by email Thursday, Paladino didn’t deny that he had sent the message. “What the person was proposing is to encourage violation of the rules of the Republican Party under which Donald Trump rose legally to be the presumptive candidate,” Paladino wrote in an email to The Hill.

“The person is being treacherous to the party in doing so and as such the colloquialism is appropriate and if the person’s underwear is all bunched up over his or her sensitivity to my reaction then tell the person if he or she can’t take the heat of what he or she dished out, then get out of the kitchen.”

RELATED: During his 2010 New York gubernatorial campaign, same-sex marriage opponent Paladino was exposed as the baby daddy of a ten year-old girl conceived during an adulterous affair with an employee. Paladino later threatened to “take out” a reporter who demanded proof of his claims that Gov. Andrew Cuomo was having an affair of his own. Weeks before his humiliating loss, he claimed that children are being “brainwashed into homosexuality.” Paladino was also exposed as having shared multiple racist emails, some of which included the N-word.