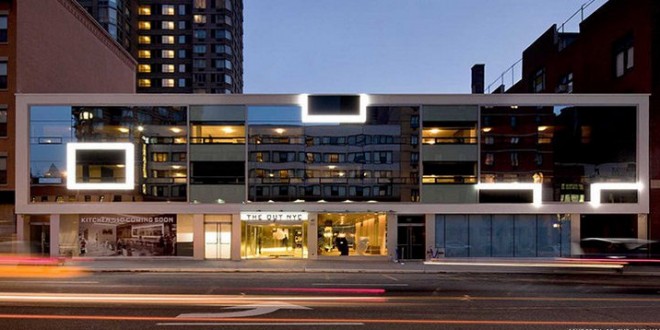 NEW YORK CITY: Homocon-Owned Out Hotel To Close After Boycott Over Fundraiser For Ted Cruz

Lucas Grindley reports at the Advocate:

The hotel that had become a symbol of support for Ted Cruz’s antigay policies is now closing.

The Out Hotel in New York City faced a heated boycott last year after its gay owners held a fundraising dinner party at their home for the Texas senator and Republican presidential hopeful. Ian Reisner and his business partner at Parkview Developers, Mati Weiderpass, came up with a lot of reasons for that party, but none flew.

Numerous groups canceled events in outrage, including the New York Gay Men’s Chorus, AIDS Walk, Broadway Bares, Urban Bear, and more. When the boycott began spreading to the Fire Island Pines commercial district, the management there publicly distanced themselves from their chief investor. A Facebook group launched in the hopes of exacting a punishment, though exactly what that should be was always unclear.

Things had recently calmed down, with that Facebook group disbanding, but business remained slow. The Real Deal, a real estate blog, reports Out NYC was just sold for $40 million to Merchants Hospitality. Its hotel, restaurant and nightclub will no longer cater to a gay clientele.

If you’re unfamiliar with the controversy, here are my many posts. (Tipped by JMG reader David)