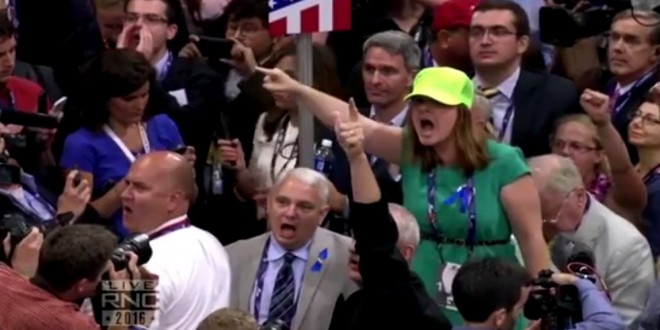 Weakened and demoralized anti-Donald Trump activists, joined by a band of furious conservative delegates, are preparing to make a final stand here Tuesday, and it threatens to plunge the national convention into turmoil just hours before Republicans formally nominate Trump.

Though party rules purport to require delegates to vote for candidates based on their performance in state primaries and caucuses, this faction of rebellious delegates has argued for months that they should be free to vote their conscience instead. They failed to insert language affirming their belief in the party’s rules, and then failed to stop those rules from being adopted by the full convention Monday.

But they now intend to invoke the strategy anyway, voting against Trump in protest — and seeing if they can send a message about the party’s frustration with its soon-to-be standard-bearer.

“We’re still furious,” said Regina Thomson, a Colorado delegate who helped lead the “Free the Delegates” movement in support of the conscience vote. “Look how many hundreds of people took time off work, spent thousands of dollars to be here … their vote meant nothing from beginning to end. They’re angry and they should be.”

Our live-stream post could be as much fun as last night’s!