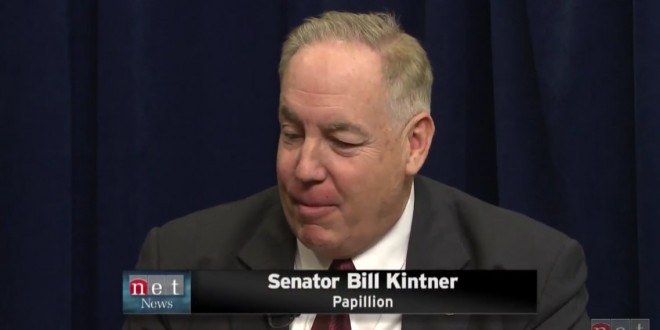 Tea Party-backed Nebraska GOP state Sen. Bill Kintner is regularly in the local news for ridiculing gays, women, minorities, and the poor. So of COURSE this happened. The Lincoln Journal-Star reports:

Gov. Pete Ricketts has urged state Sen. Bill Kintner of Papillion to resign if allegations are proven true that Kintner had sexually explicit video of himself on his state computer.

A yearlong investigation into Kintner’s online activities started with a complaint by Kintner himself. He contacted the Nebraska State Patrol in July 2015 about “what he believed to be a potential internet scam that occurred while the senator was in Massachusetts using his state computer,” the patrol confirmed Friday.

Findings from the yearlong investigation have been turned over to a state agency that handles ethics complaints against public officials. The Nebraska Accountability and Disclosure Commission is expected to weigh in on the issue during a meeting Aug. 5.

Omaha Sen. Bob Krist said he informed Ricketts’ chief of staff, Matt Miltenberger, last fall that there was a sexually explicit video involving Kintner that had been brought to senators’ attention.

Another fellow senator said he contacted the State Patrol around the same time, after a woman offered to sell what she called a sexually explicit video of Kintner.

Kintner has loudly opposed same-sex marriage, gay adoption, and transgender rights. He has also publicly declared that Christians should let gays know their business isn’t wanted by providing them with bad service. Listen below as he explains how the US Constitution allows that.
(Via Aksarbent)