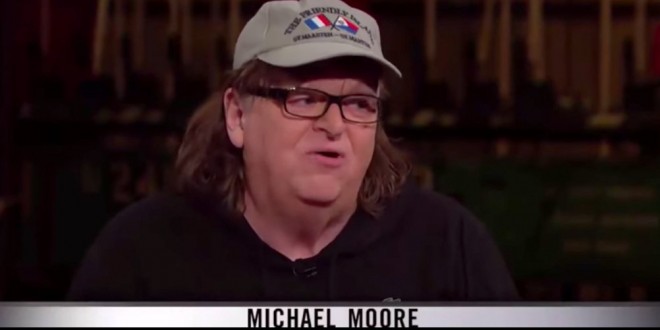 Michael Moore told Bill Maher he thinks that Donald Trump will win the election during Wednesday’s special edition of Real Time With Bill Maher for the Republican National Convention.

Maher first took the stage at his Los Angeles studio to give his take on a raucous three days that has seen a rebellion on the convention floor, accusations of plagiarism and booing of prominent speakers.

Moore drew gasps from the audience when he stated his belief that Trump would win the election. “I’m sorry to have to be the buzzkill here so early on, but I think Trump is going to win.”

The audience booed, but Maher responded that “the enemy is complacency” and he was glad Moore said it because he “certainly could win.”

The second clip below is the full show.

Previous Trump: I Knew But I Let Ted Cruz Speak Anyway
Next Trump Alarms NATO Allies By Questioning Whether US Would Defend Them, Clinton Campaign Reacts